Brazil, a vast South American country, stretches from the Amazon Basin in the north to vineyards and massive Iguaçu Falls in the south. Rio de Janeiro, symbolized by its 38m Christ the Redeemer statue atop Mt. Corcovado, is famed for its busy Copacabana and Ipanema beaches as well as its enormous, raucous Carnival festival, featuring parade floats, flamboyant costumes and samba.

The country was inhabited by mainly semi-nomadic tribes before the arrival of the colonialists. The land was claimed by Portuguese and settlers founded the colony in 1532. by the 17th centre sugar cane was the main export and the slave trade brought many African slaves to the country. The Brazilian gold rush attracted many fortune seekers to the country. Brazil declared independence from Portugal in 1822, this was officially recognised by the Portuguese only three years later! Brazil was ruled by various Brazilian Emperors until in 1889 it was finally declared a republic. Brazil has a female president since 2011, Dilma Rousseff.

Pedra da Gávea is a mountain in Tijuca Forest, Rio de Janeiro, Brazil. Composed of granite and gneiss, its elevation is 844 metres, making it one of the highest mountains in the world that ends directly in the ocean.

Its shape (one of the vertical slopes resembles the face of an older man called “cabeça do Emperador” or “head of the Emperor”) gave birth to a number of legends like the one that the face was carved out by Phoenicians as a tribute to one of their leaders.

Legends include the rock being a portal into another dimension, or a landing spot for UFO’s. Archaeologists also discovered a mystery inscription (allegedly Phoenician as well) but nobody has ever been able to decipher the text.

Iguazu Falls, Iguazú Falls, Iguassu Falls, or Iguaçu Falls are waterfalls of the Iguazu River on the border of the Argentine province of Misiones and the Brazilian state of Paraná. The falls divide the river into the upper and lower Iguazu.

There is a legend that explains how the falls were created. A god was to marry Naipi, a beautiful woman. This woman canoed away with her lover, angering the god. The god was enraged and sliced the river, which not only created the falls but condemned the two lovers to fall for eternity. 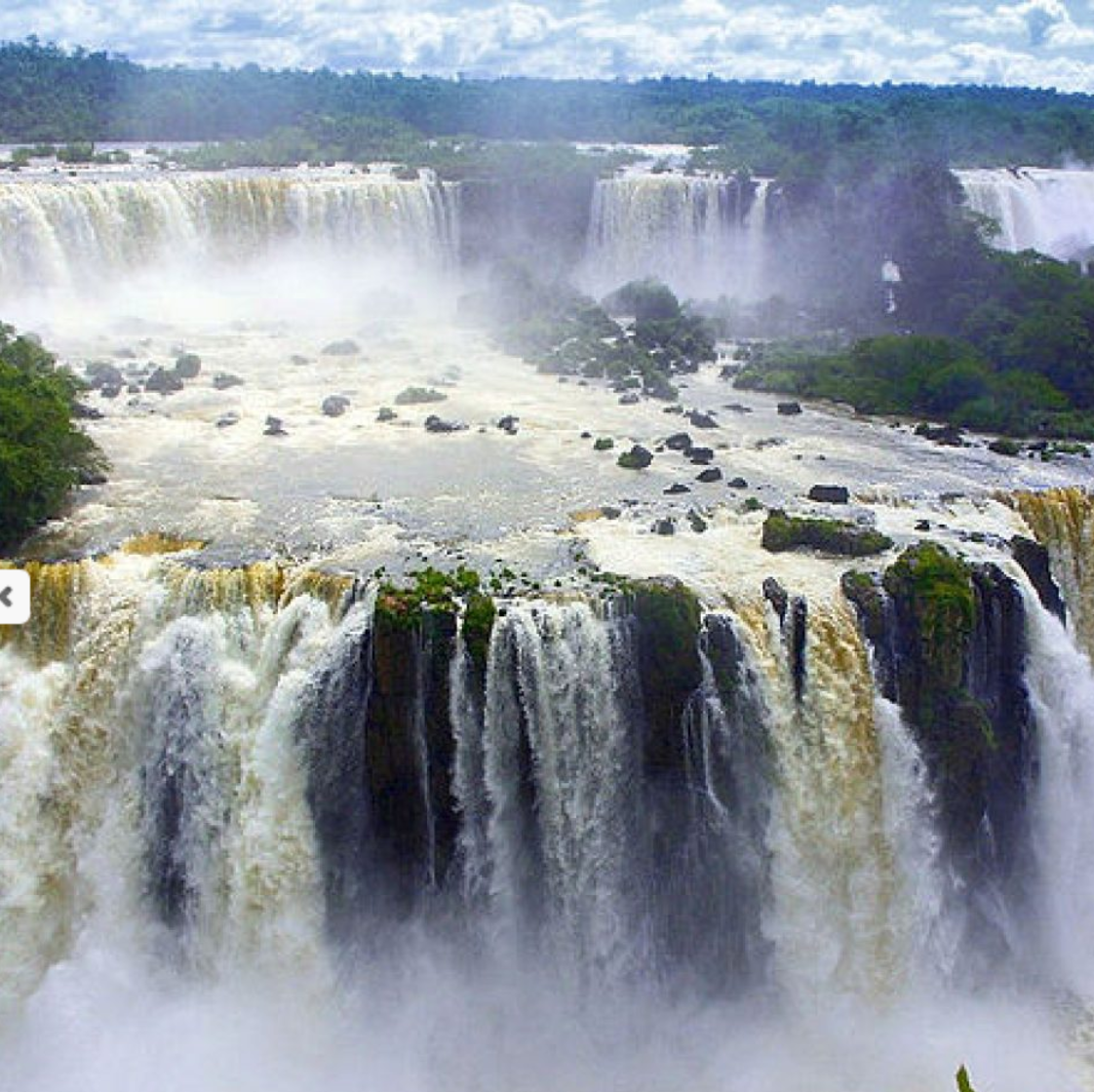 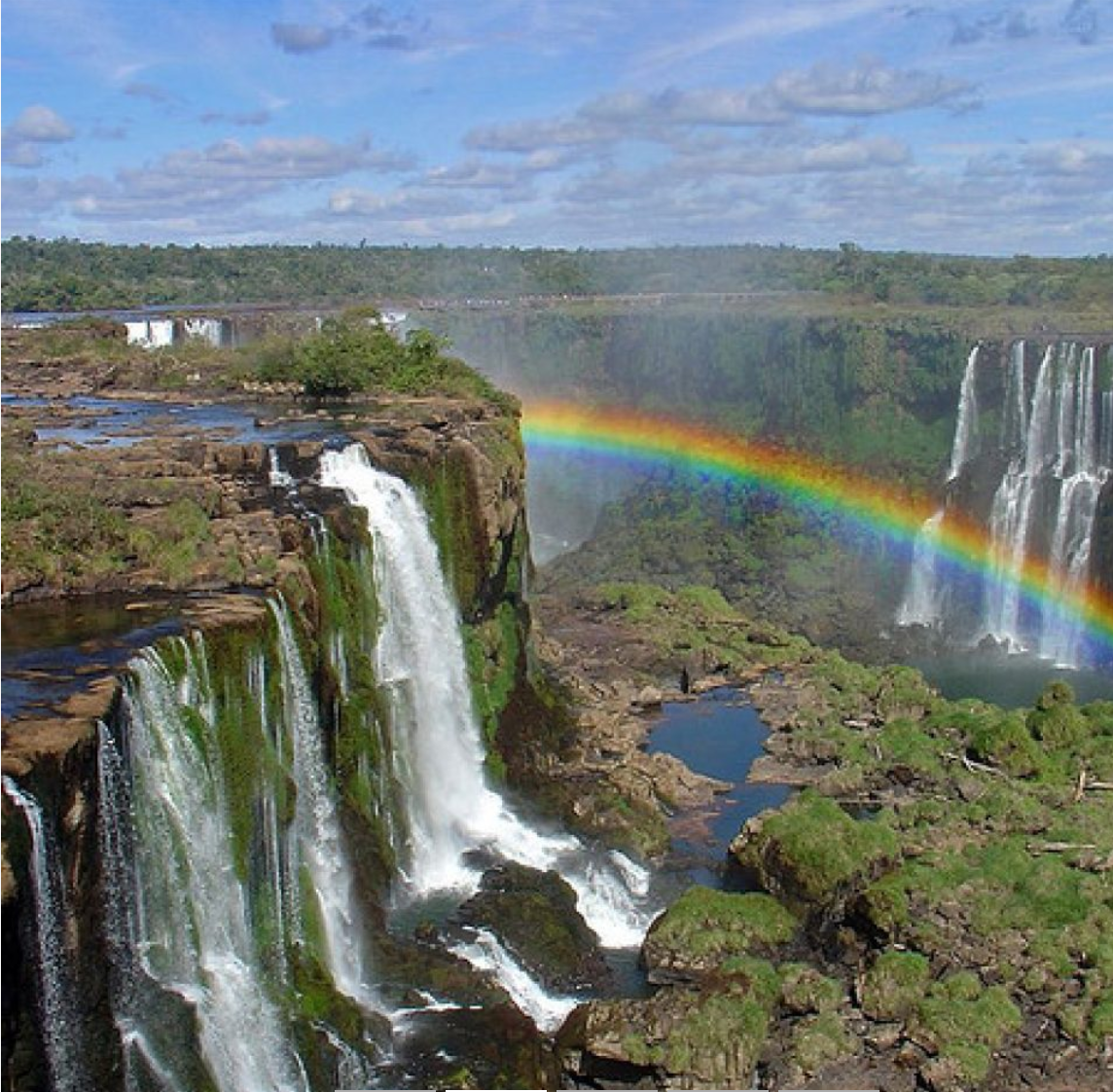 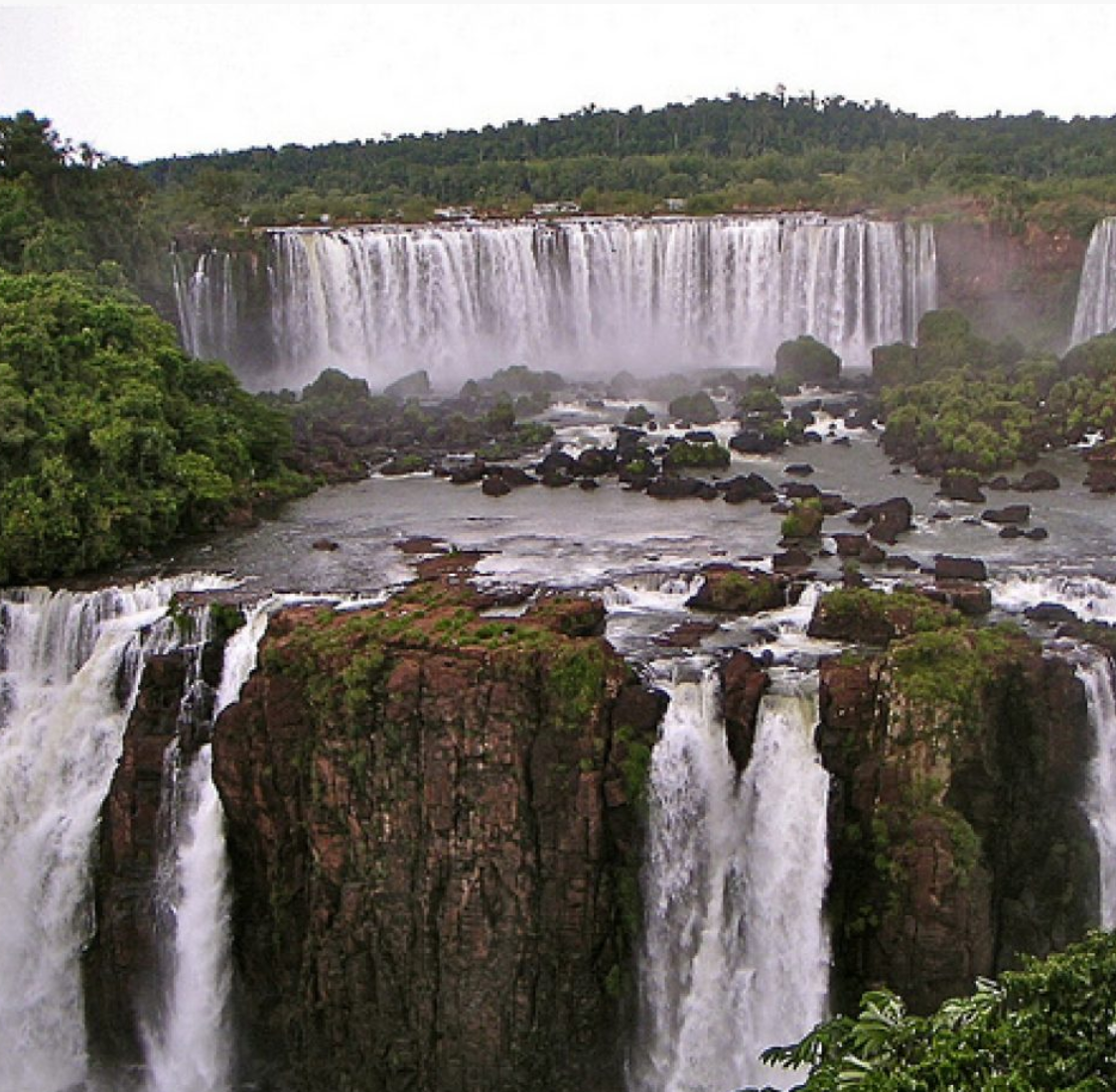 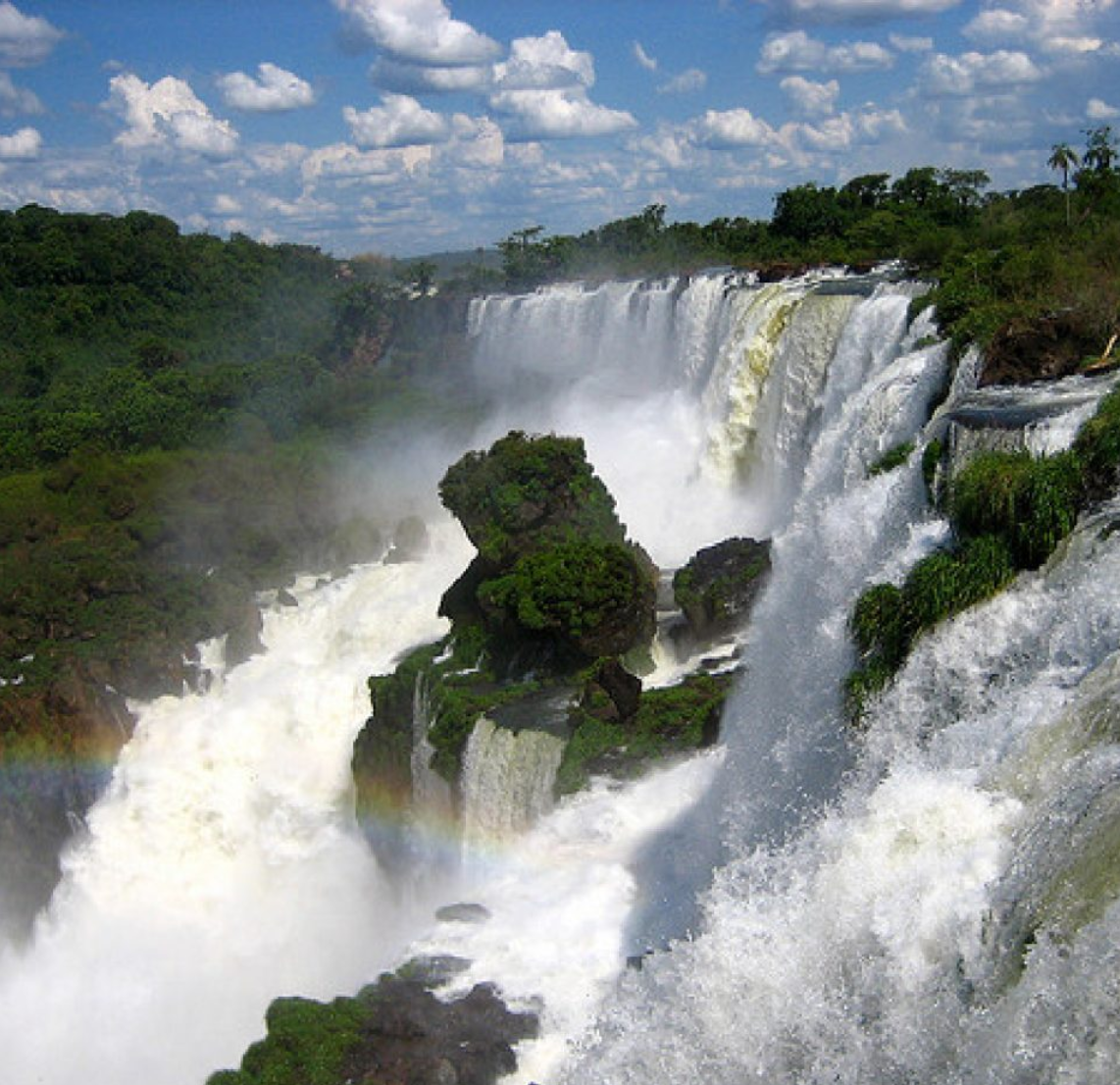 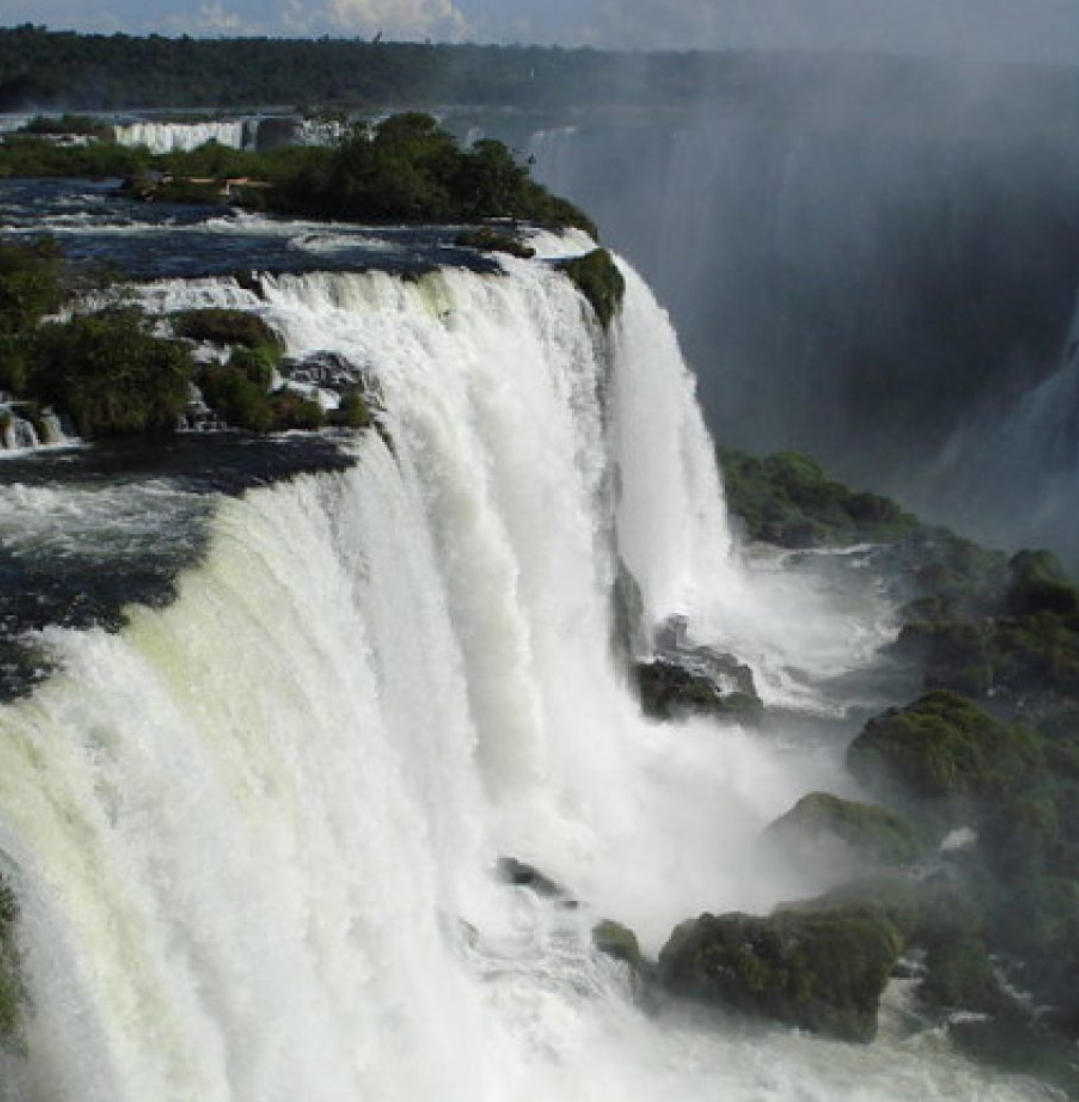 The beach of Ipanema is known for its elegant development and its social life. Two mountains called the Dois Irmãos (Two Brothers) rise at the western end of the beach, which is divided into segments by marks known as postos (lifeguard towers).

Beer is sold everywhere, along with the traditional cachaça. There are always circles of people playing football, volleyball, and footvolley, a locally invented sport that is a combination of volleyball and football. 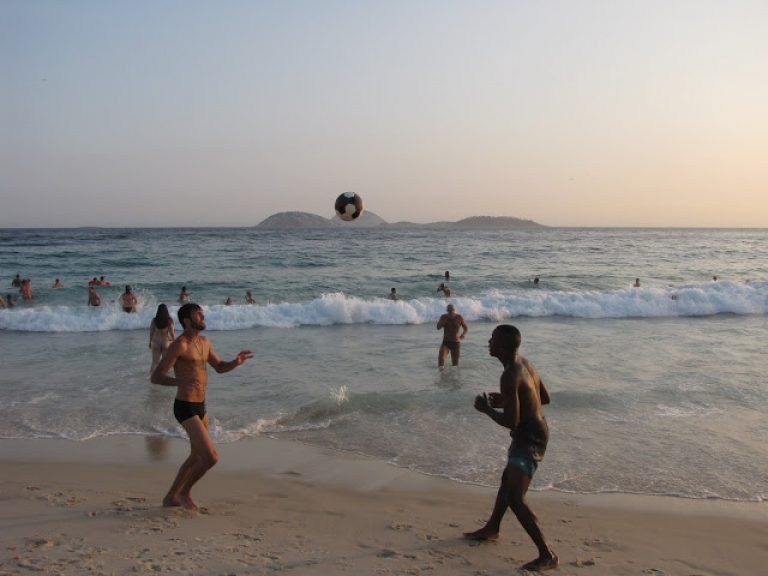 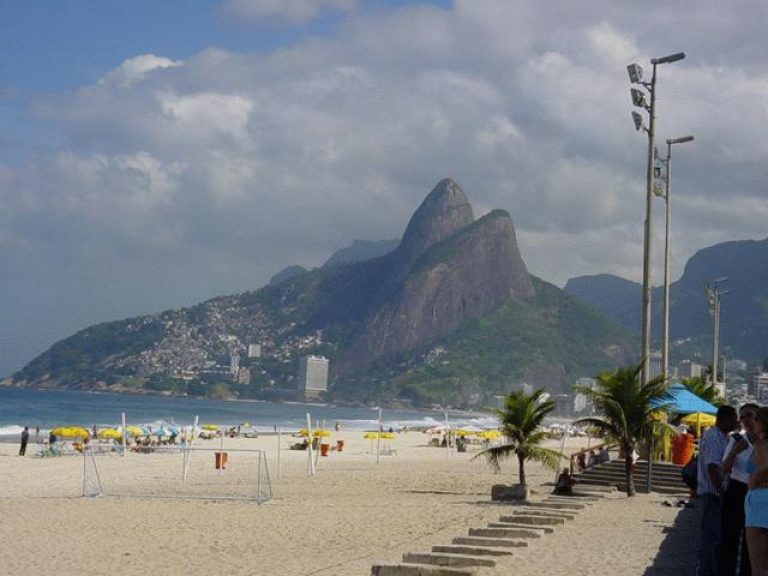 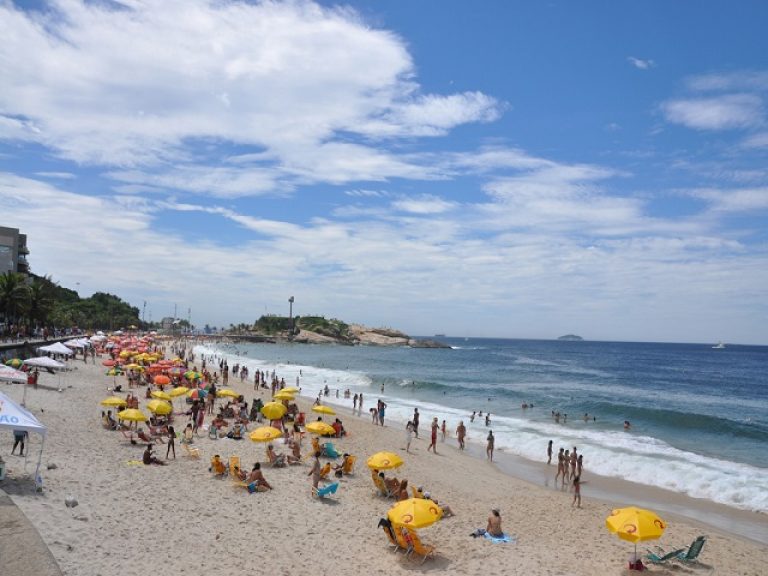 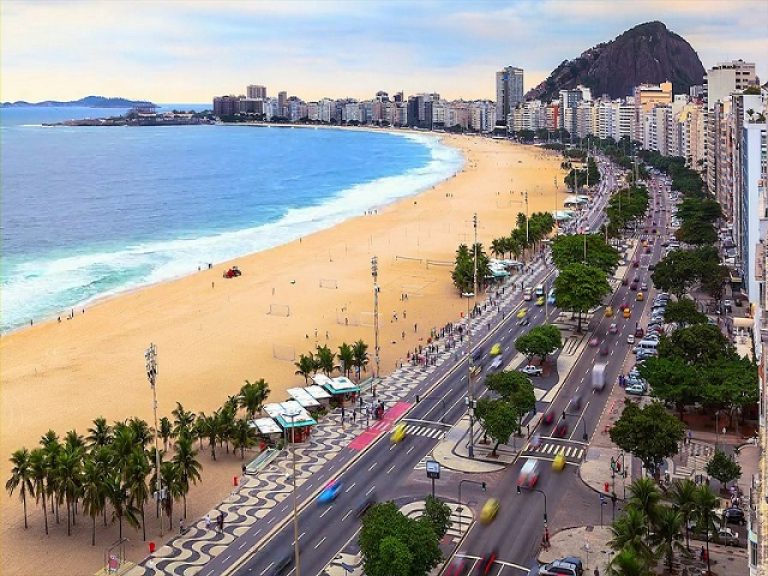 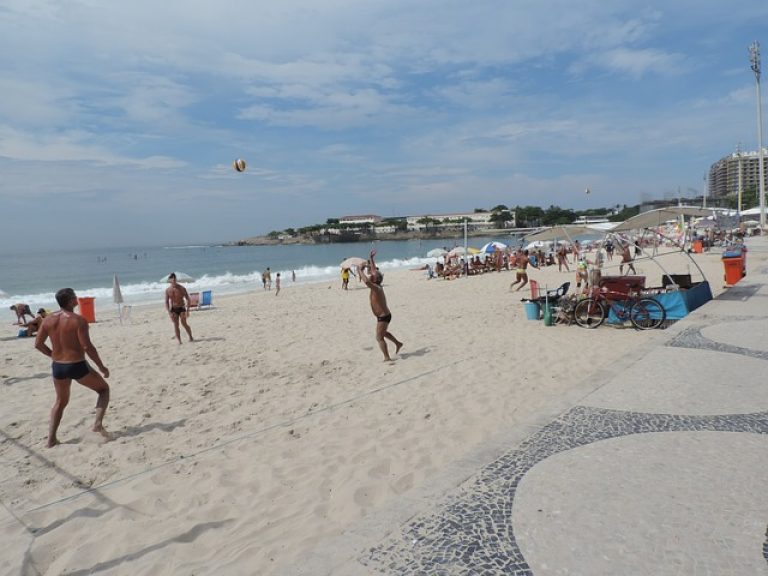 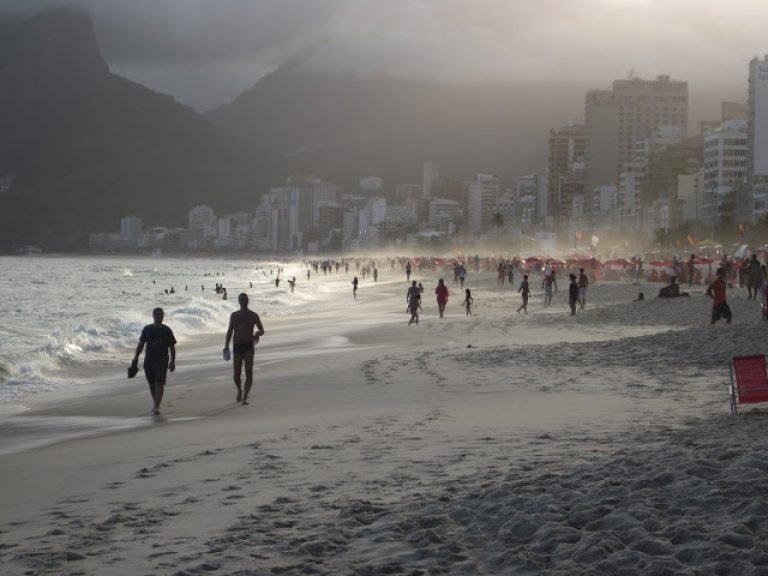 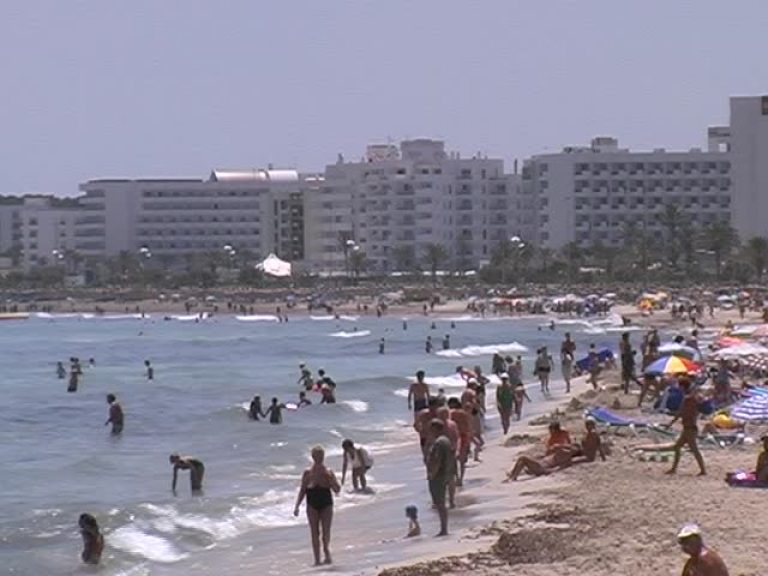 The Maracanã Stadium is a football stadium in Rio de Janeiro, Brazil. The stadium is part of a complex that includes an arena known by the name of Maracanãzinho, which means “the Little Maracanã” in Portuguese.

It was built to serve as the flagship venue for the 1950 World Cup. It was meant to become the biggest football stadium in the world. After its 50th anniversary in 2000, the stadium was renovated to increase its full capacity to nearly 103,000. The stadium remained closed for nine months between 2005 and 2006. When it reopened in January 2007, the all-seated capacity was 87,000. 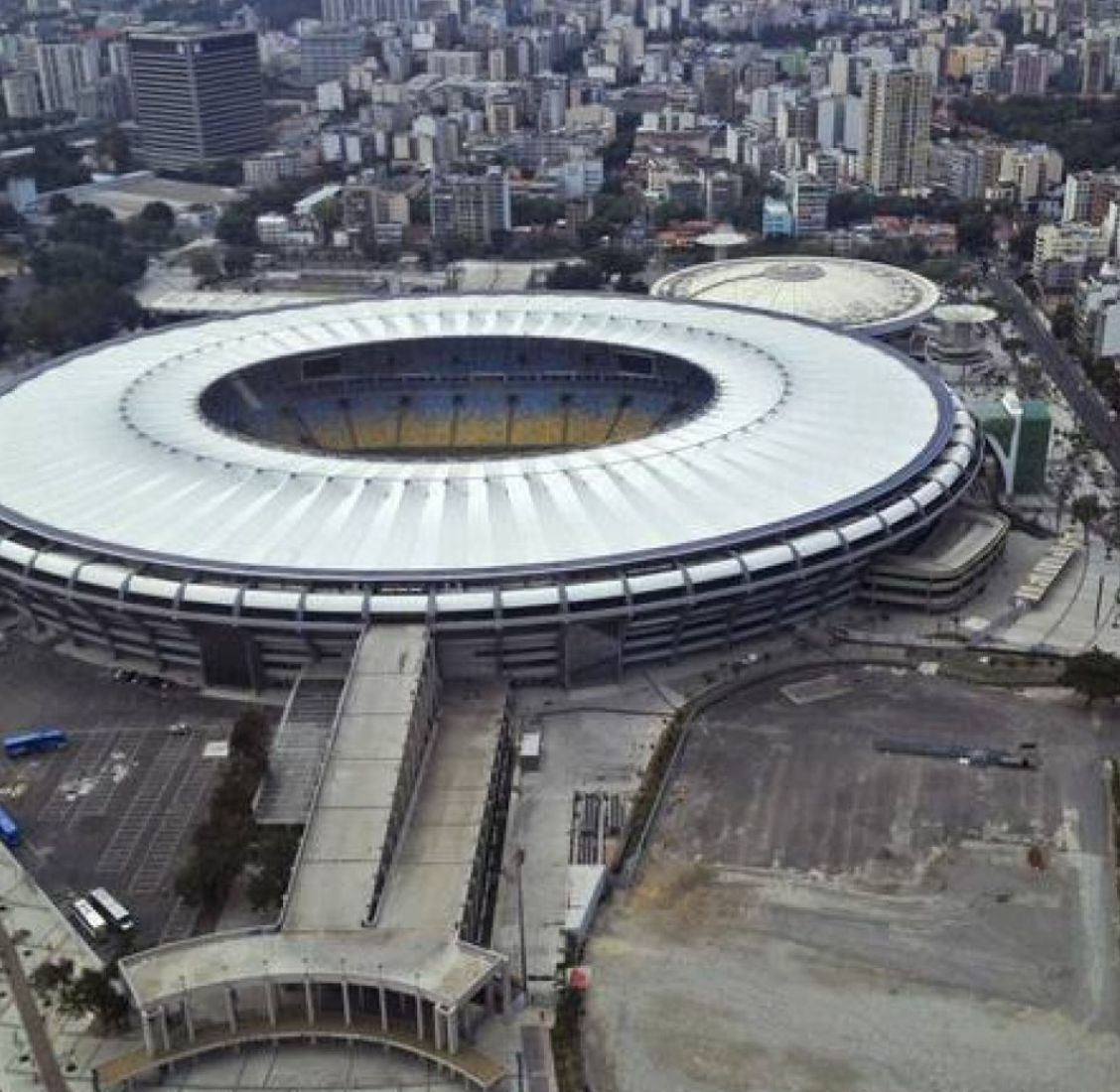 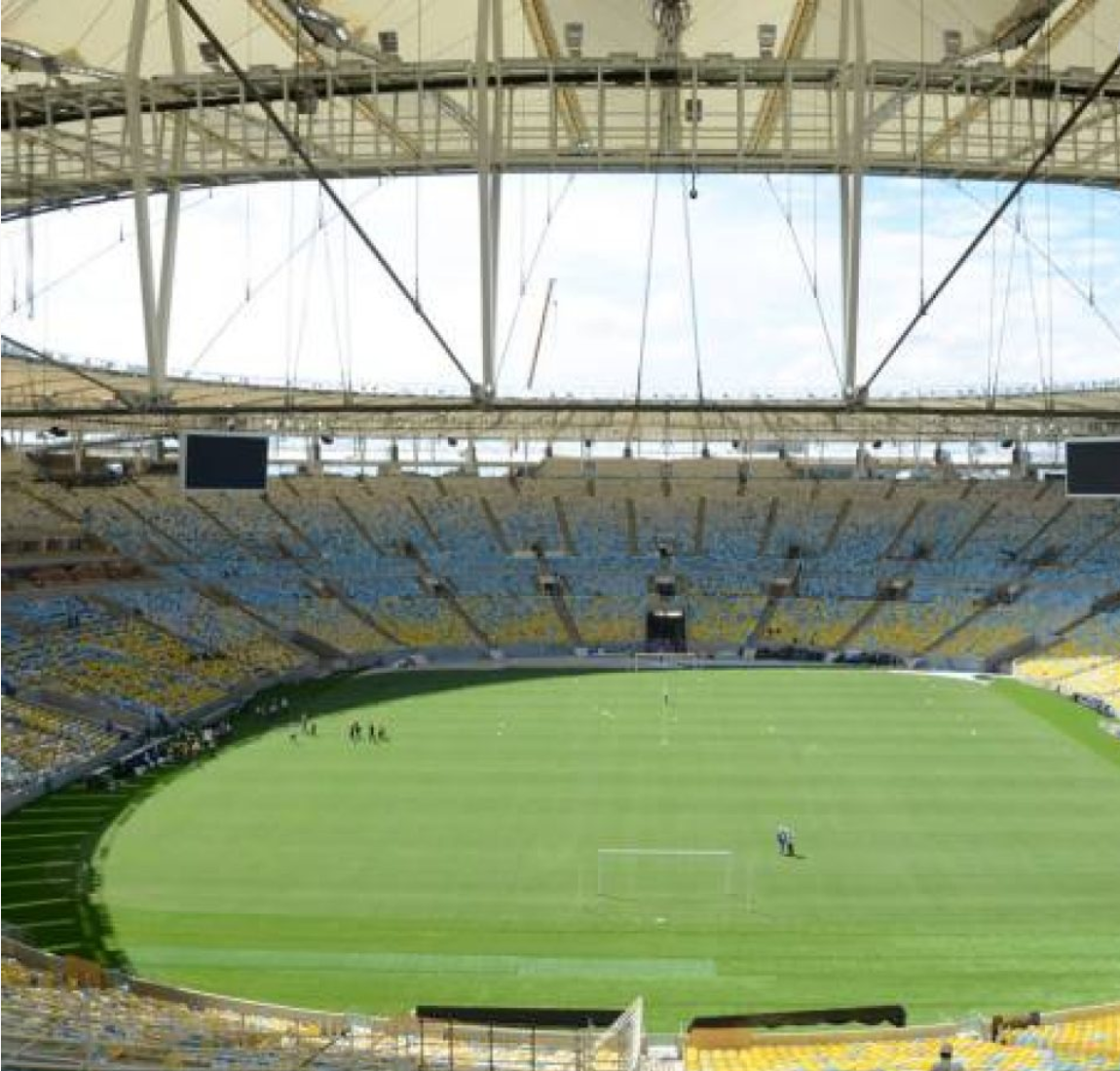 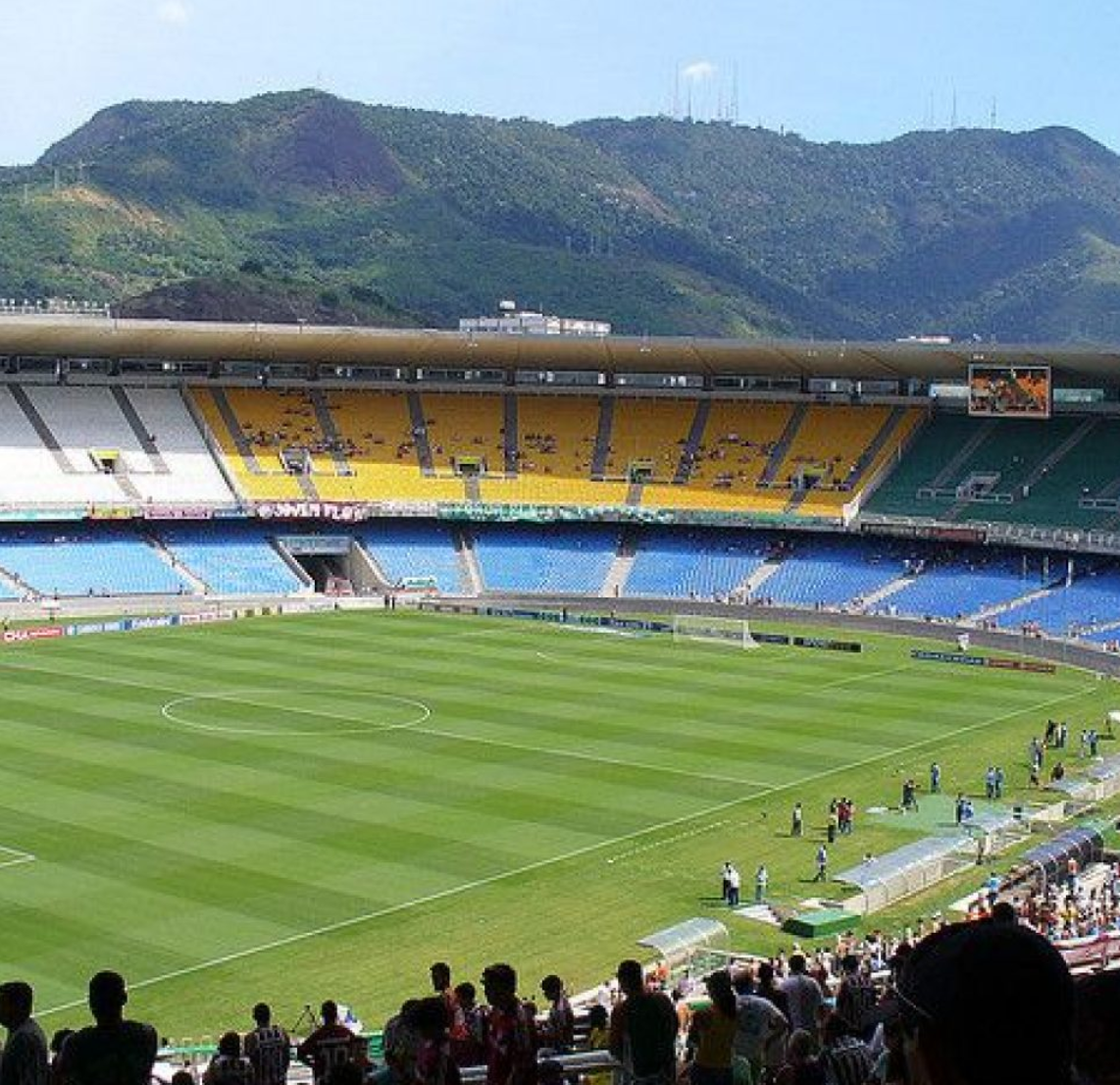 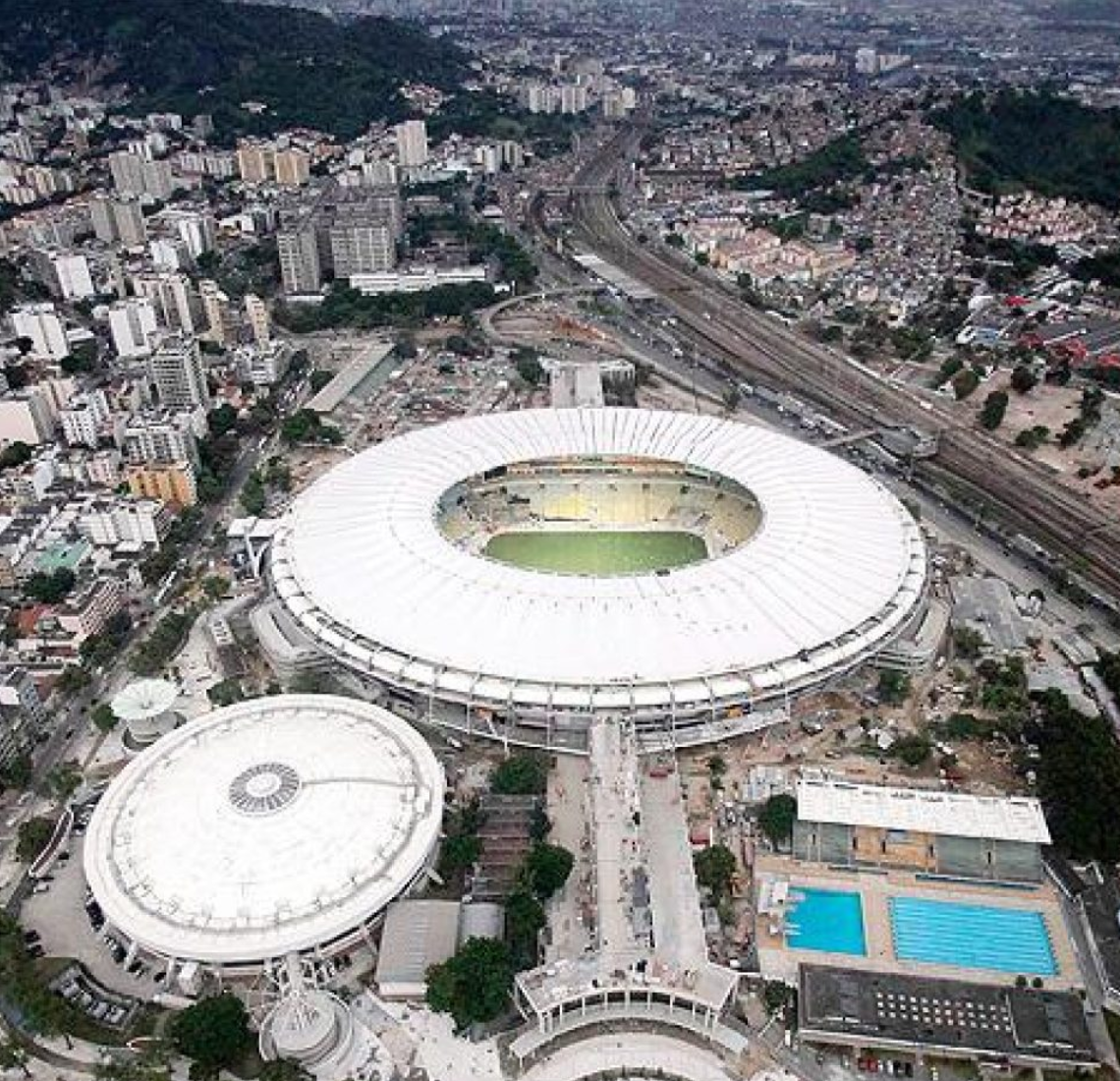 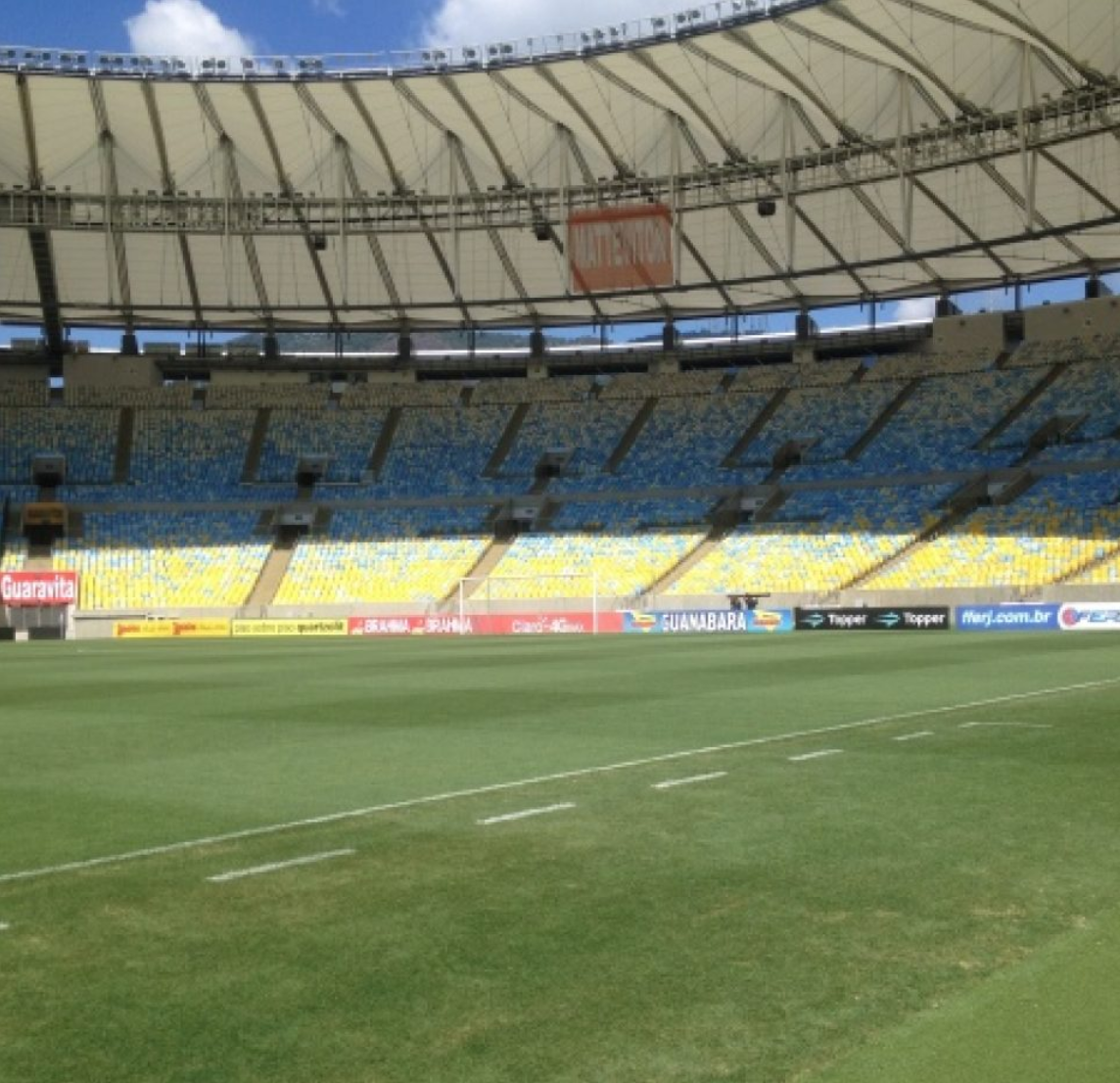 Christ the Redeemer is an Art Deco statue of Jesus Christ in Rio de Janeiro, Brazil, created by Polish-French sculptor Paul Landowski and built by the Brazilian engineer Heitor da Silva Costa, in collaboration with the French engineer Albert Caquot.

It was built as a symbol of Brazilian Christianity. In 1850, the idea of building a religious monument was first suggested by a Catholic Priest. It wasn’t until 1920 when a group petitioned for support to build a landmark statue that it became a reality. The design was chosen from several ideas and construction began in the 1920s, taking nine years to finish. Today, Christ the Redeemer is one of the New Seven Wonders of the World. 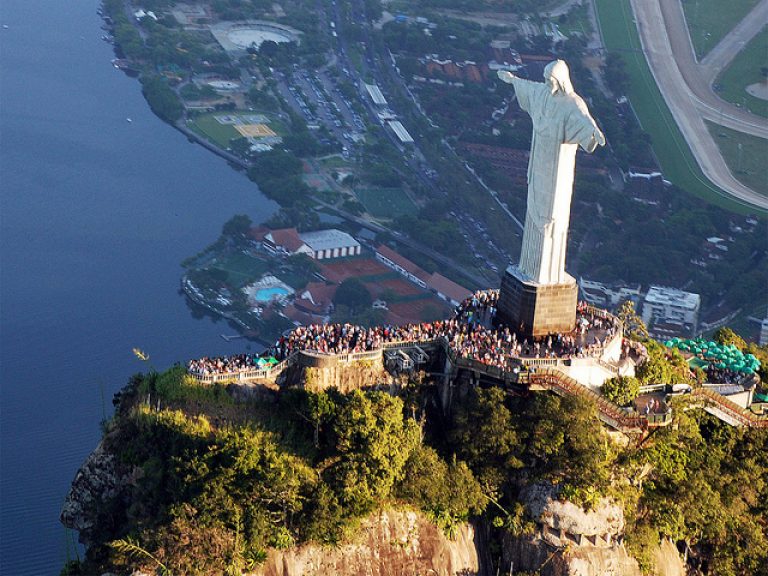 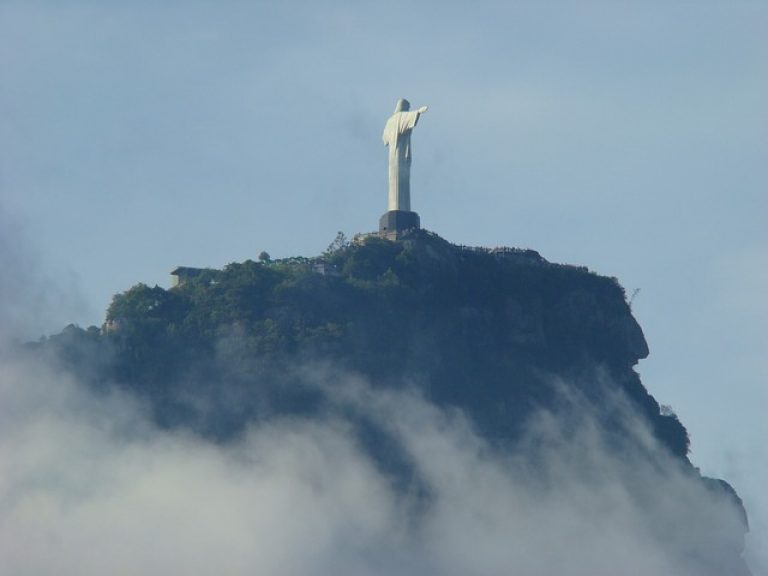 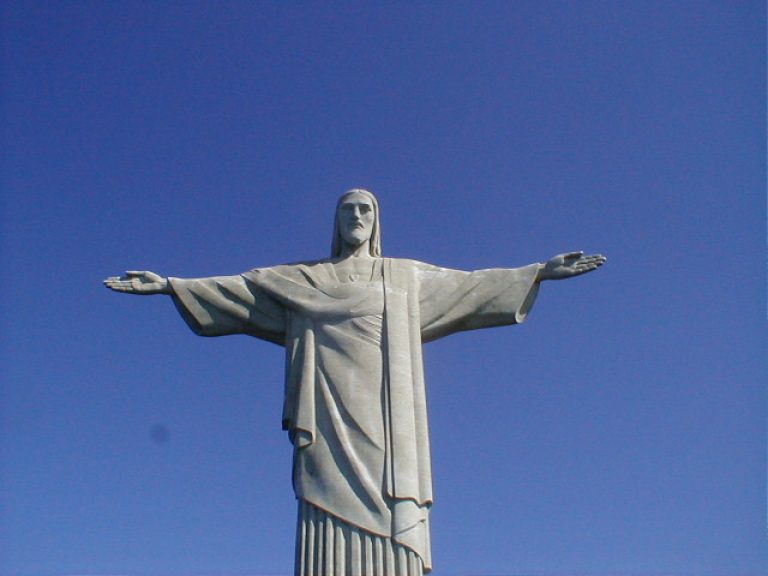 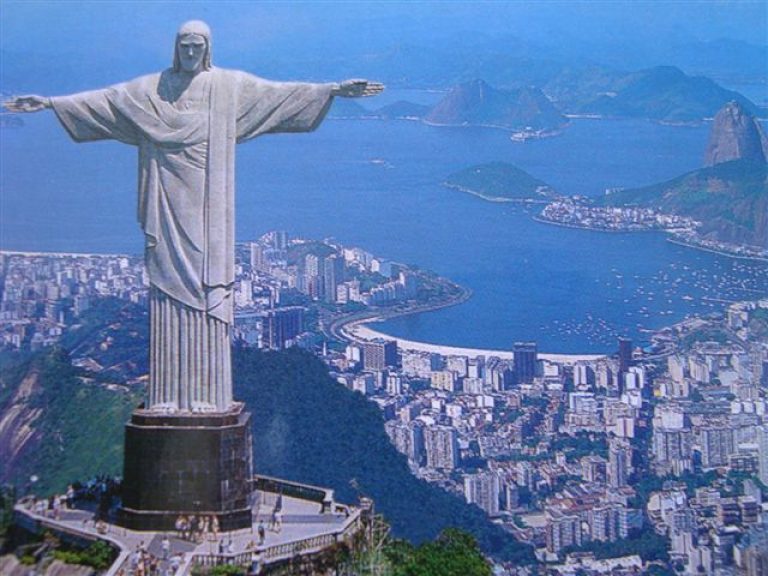 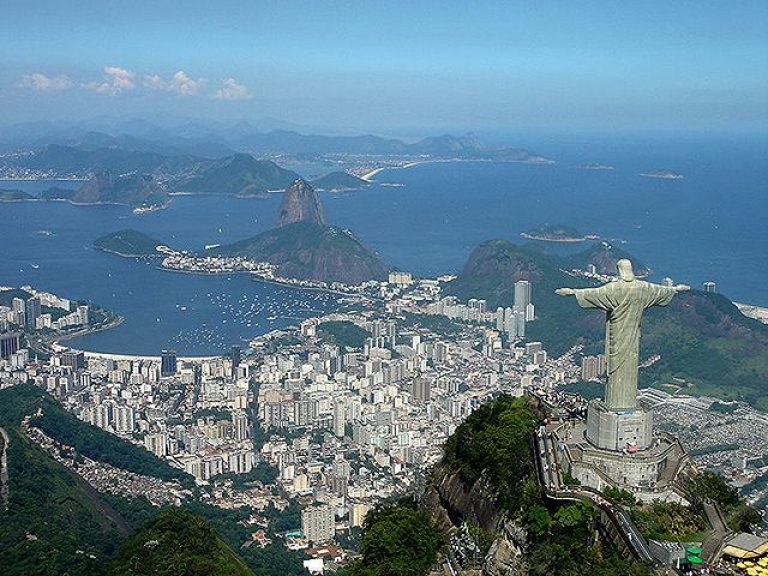 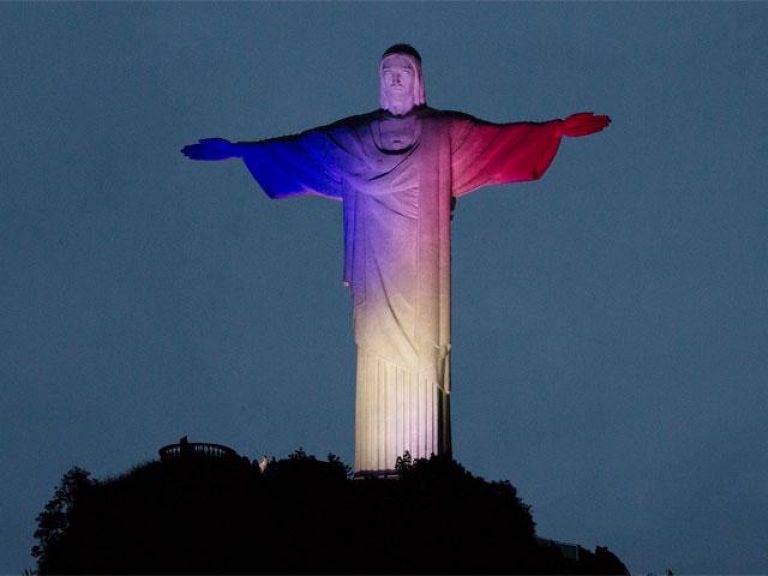 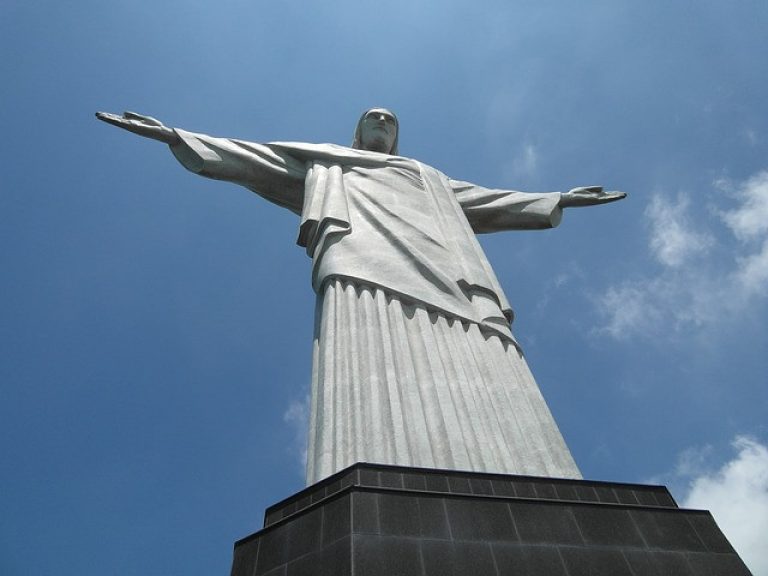