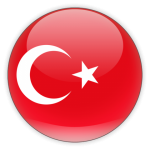 Turkey is a nation straddling eastern Europe and western Asia with cultural connections to ancient Greek, Persian, Roman, Byzantine and Ottoman empires. Cosmopolitan Istanbul, on the Bosphorus Strait, is home to the iconic Hagia Sophia, with its soaring dome and Christian mosaics, the massive 17th-century Blue Mosque and the circa-1460 Topkapı Palace, former home of sultans. Ankara is Turkey’s modern capital.

There are eight countries that share a border with Turkey including Armenia, Azerbaijan, Iran, Iraq, Syria, Bulgaria, Greece, and Georgia. Istanbul is the largest city in Turkey and is the third most populous urban area in Europe. But it is not the capital, Ankara is in fact the capital of Turkey.

Turkey is a popular tourist destination and home to over ten World Heritage Sites.

Hagia Sophia is a former Greek Orthodox Christian patriarchal basilica, later an imperial mosque, and now a museum in Istanbul, Turkey. Sophia means Wisdom in Greek Language. When we translate the full name of Hagia Sophia to English it is Shrine of The Holy of God. It has both Christian and Islamic influences and features today.

It began as a church, later becoming a mosque, and today serves as a museum in Istanbul, Turkey. Hagia Sophia was designed with a very large dome, and is said to have changed the history of architecture. 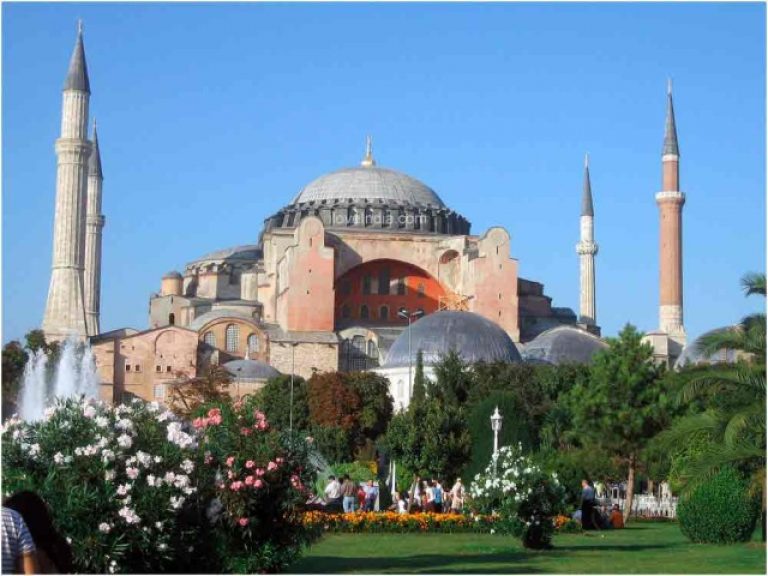 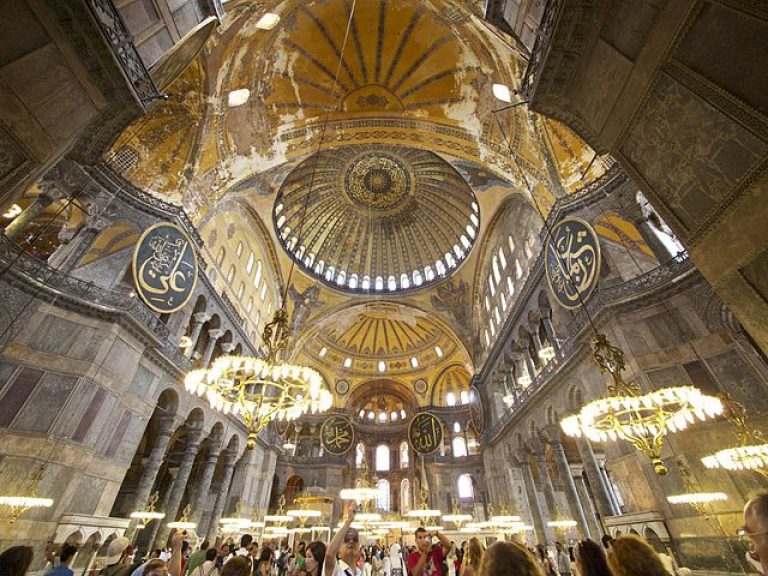 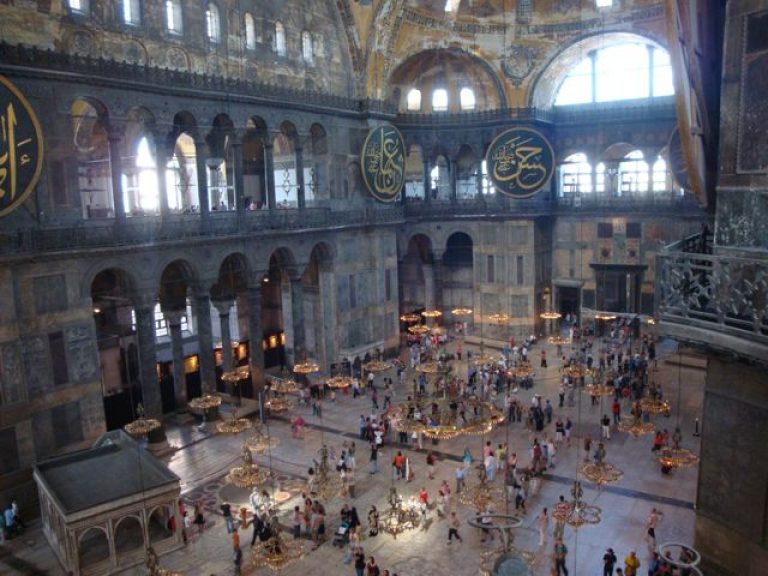 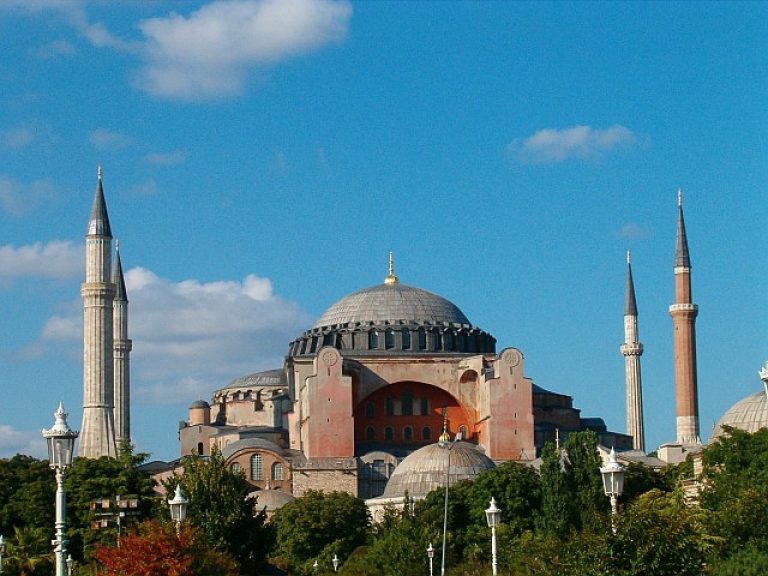 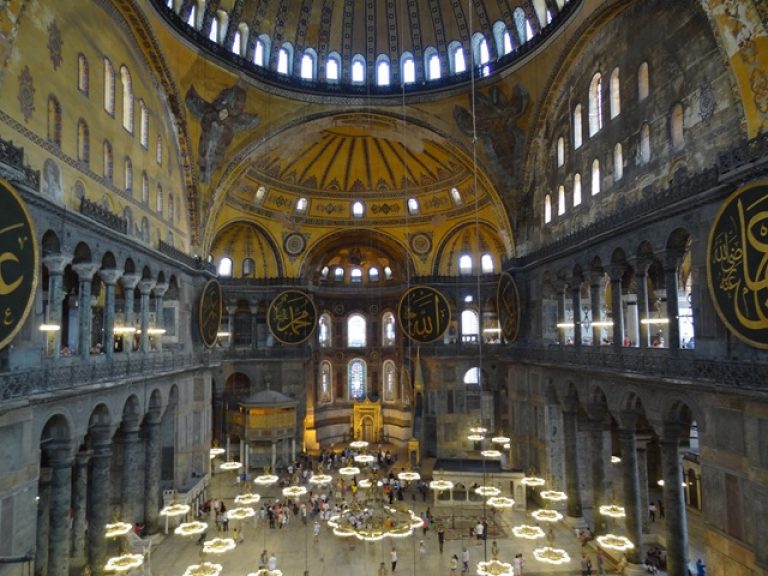 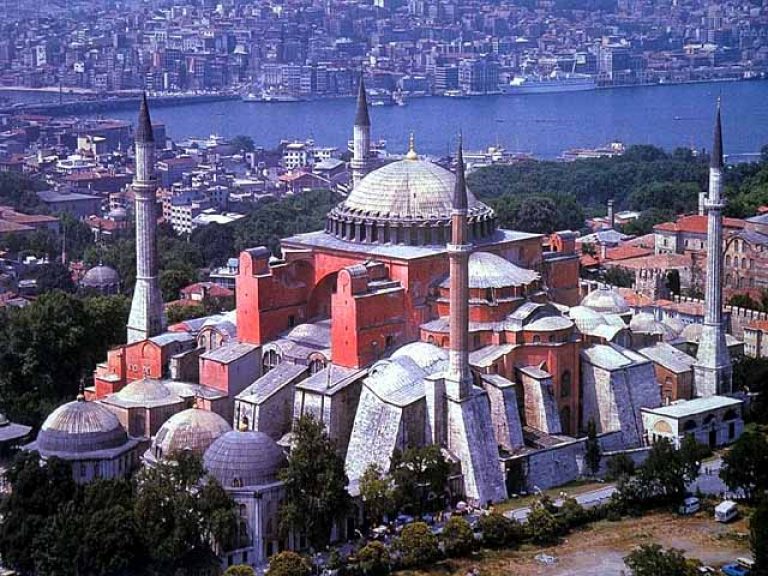 The Grand Bazaar in Istanbul is one of the largest and oldest covered markets in the world, with 61 covered streets and over 3,000 shops which attract between 250,000 and 400,000 visitors daily. It is quite popular among locals and visitors alike, as almost every imaginable item is available under its roof.

The market goes a long way back in history. The market opened in 1461, and has enticed countless customers to explore its wonders. The domed bedestens in the market was built between 1455 and 1461. 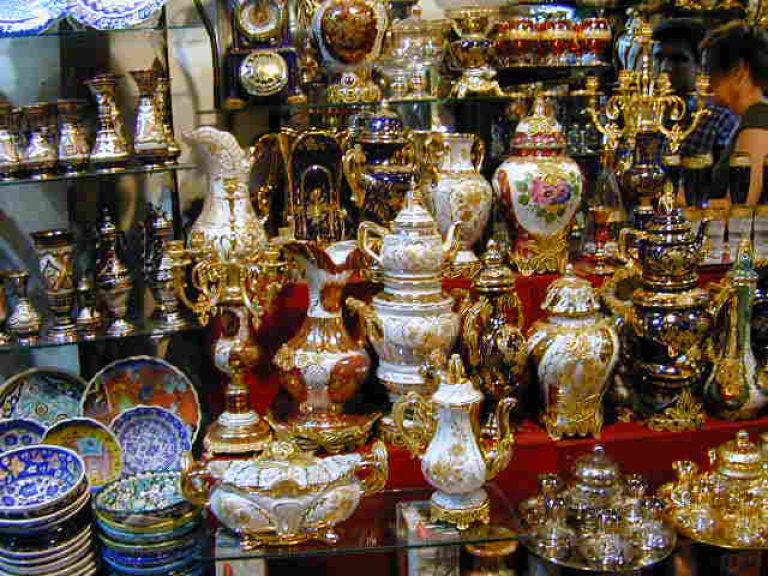 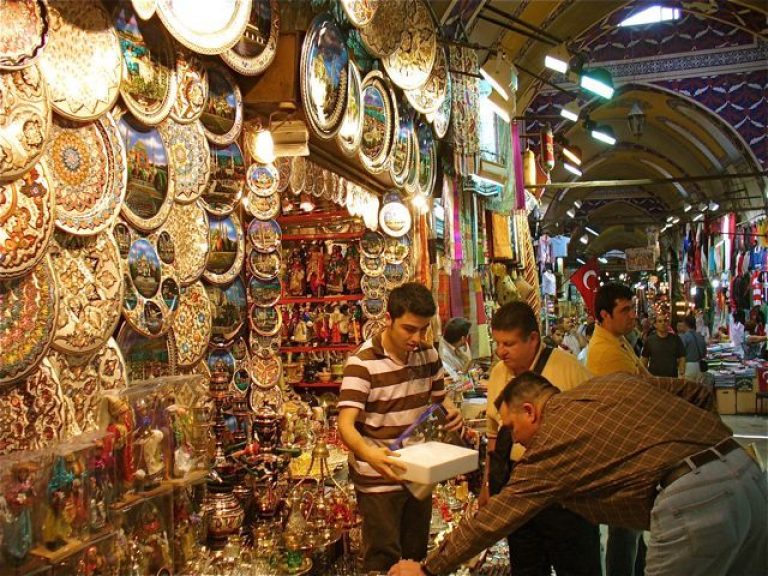 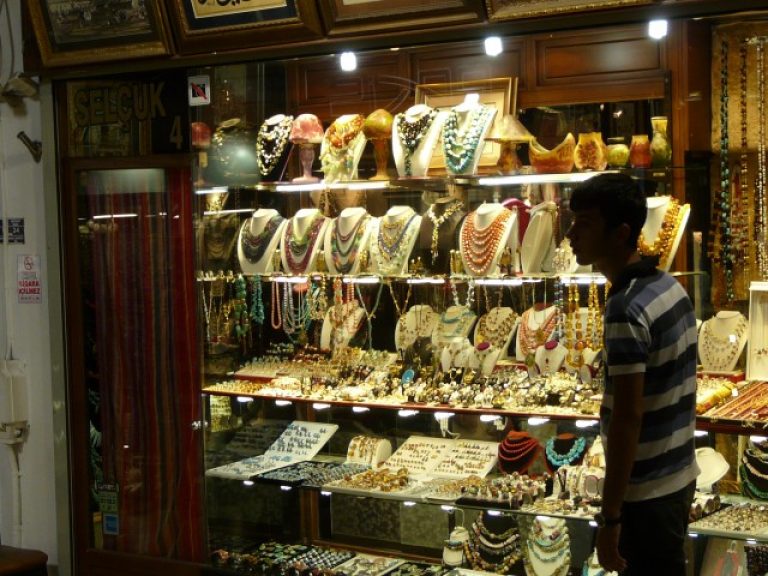 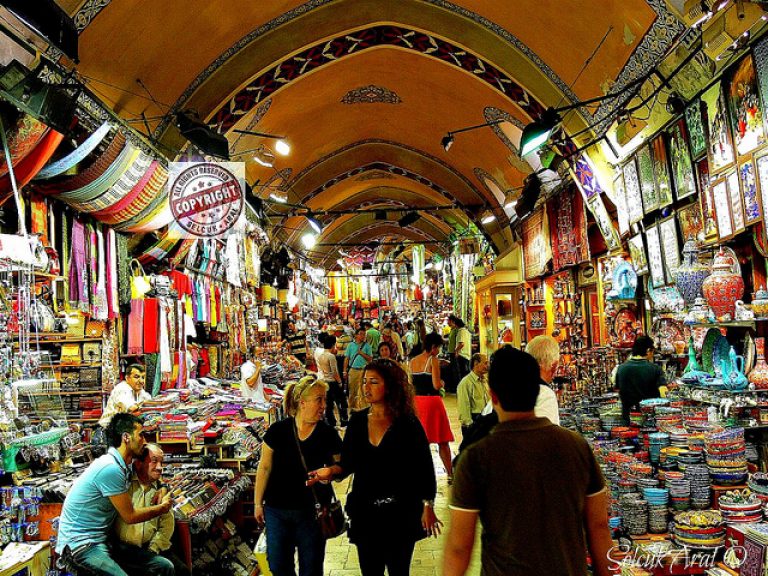 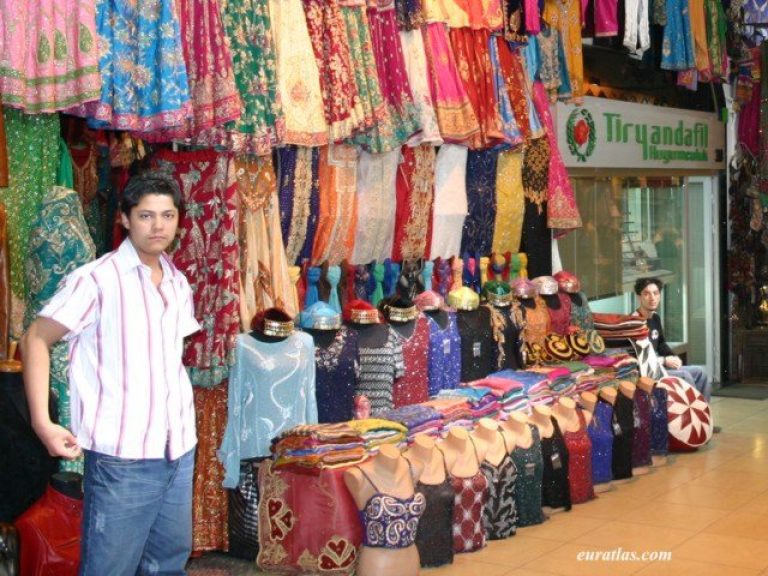 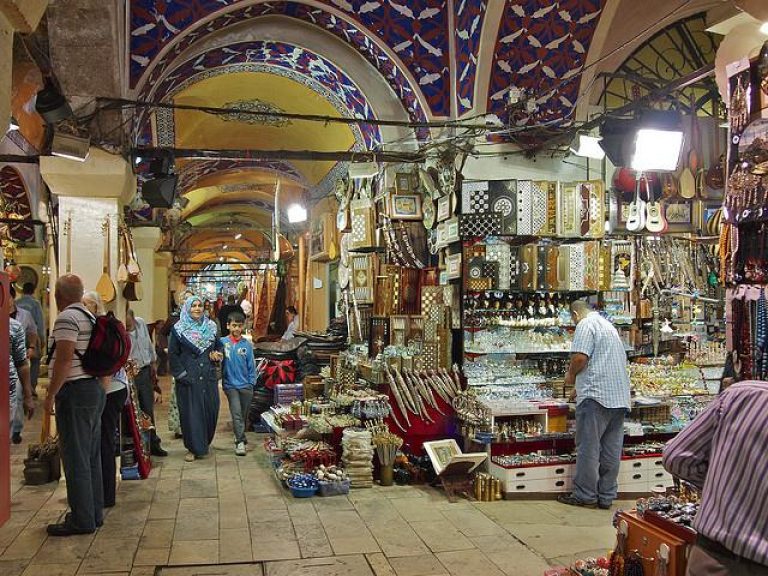 Nemrut or Nemrud is a 2,134-metre-high mountain in southeastern Turkey, notable for the summit where a number of large statues are erected around what is assumed to be a royal tomb from the 1st century BC.

Legend holds it that, Sixty two years before the birth of Christ, King Antiochus I ordered a huge tomb come sanctuary to be built for himself. His place of burial was flanked by huge statues – one of himself but others of animals. There were also gods – a syncretism of Iranian, Armenian and Greek which testify to the cultural mix of the area two thousand years ago. Hercules is there, as is Zeus, Tyche and Apollo. Their names were inscribed upon them – those Greek ones we recognize from books and movies as well as their Iranian and Armenian counterparts – Vahagn, Aramazd and Ahura Mazda. 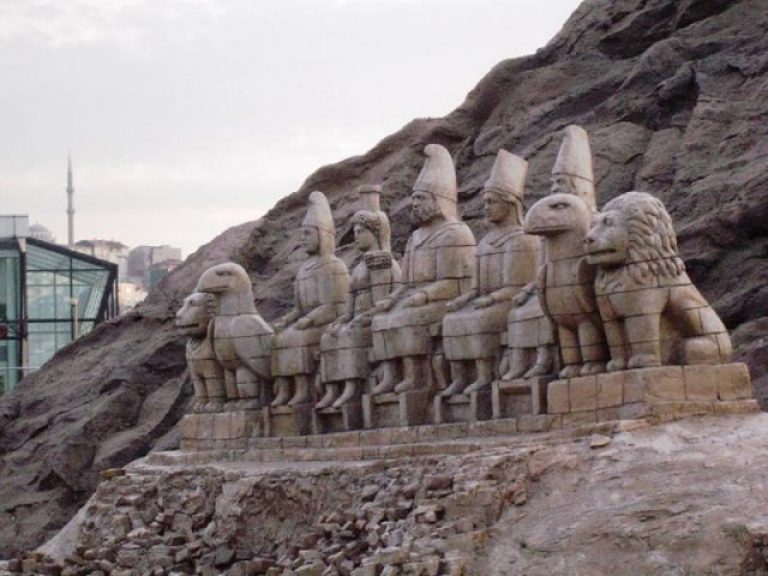 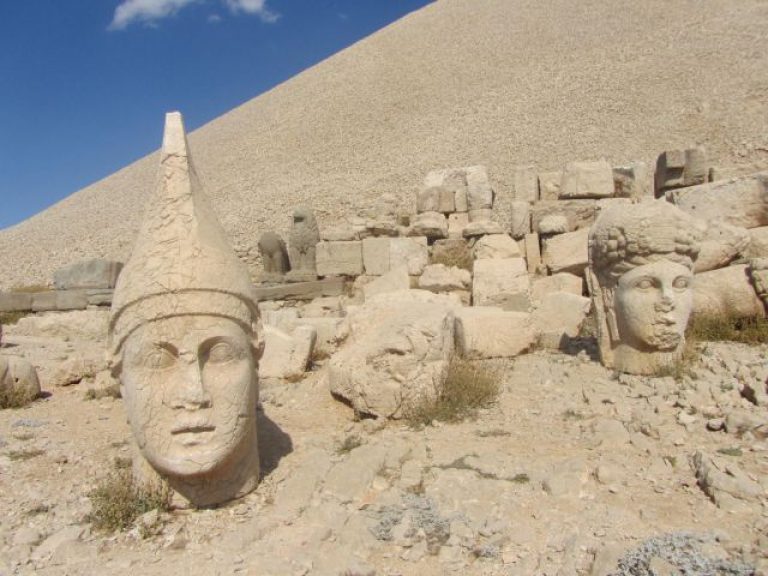 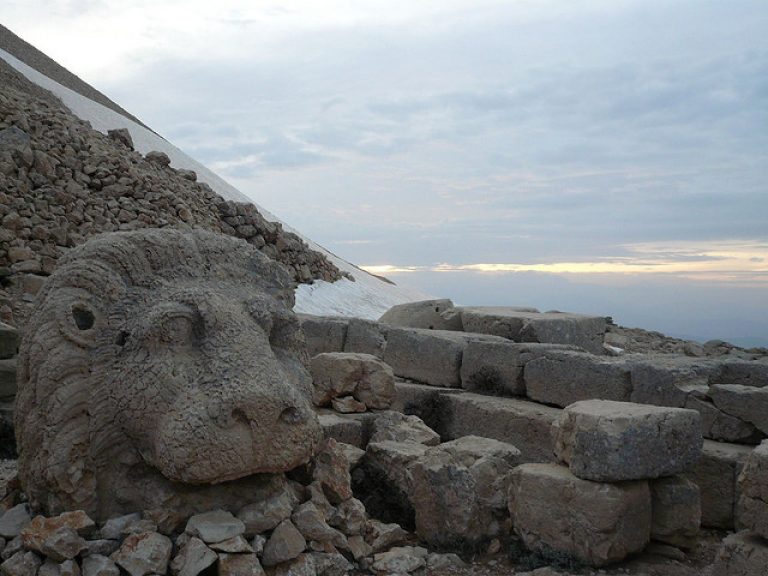 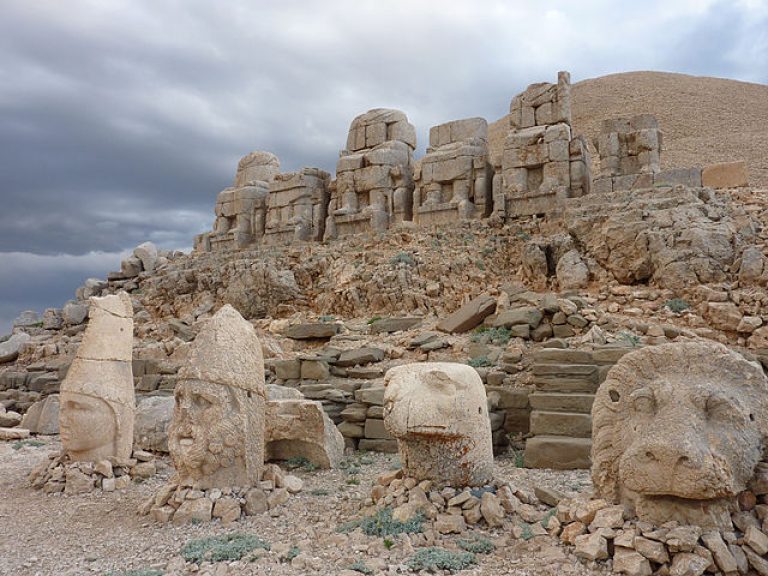 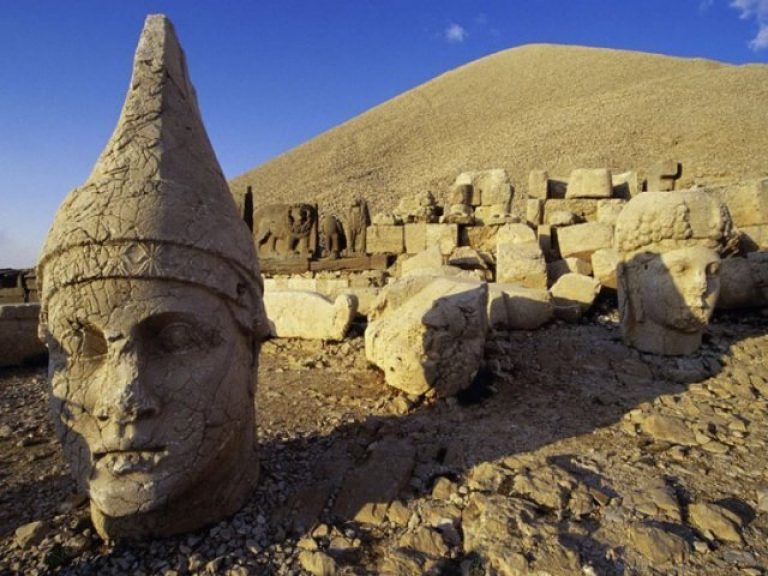 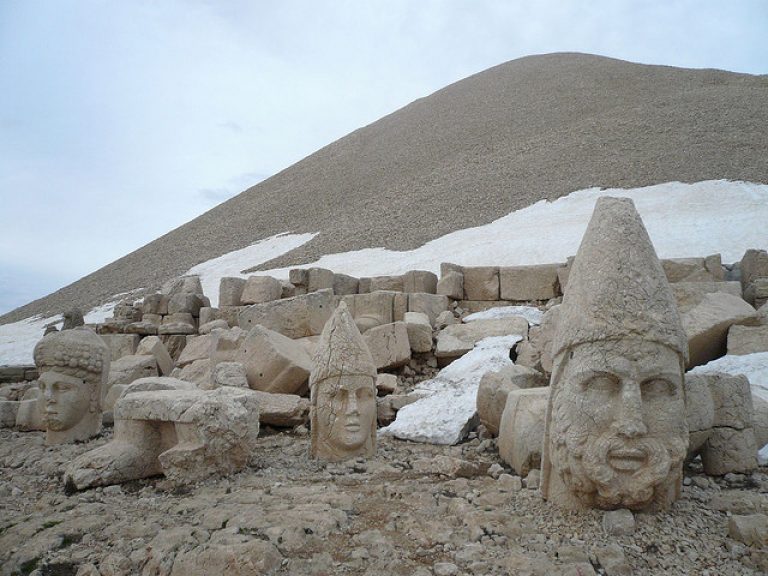 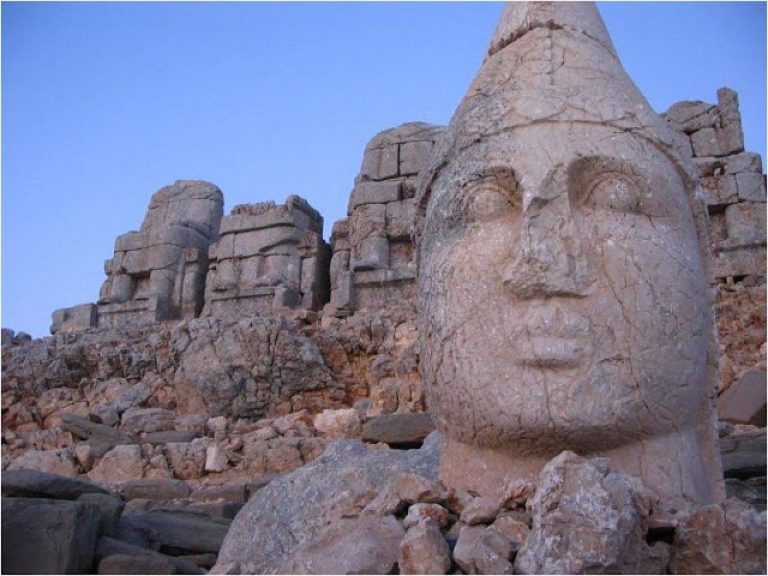 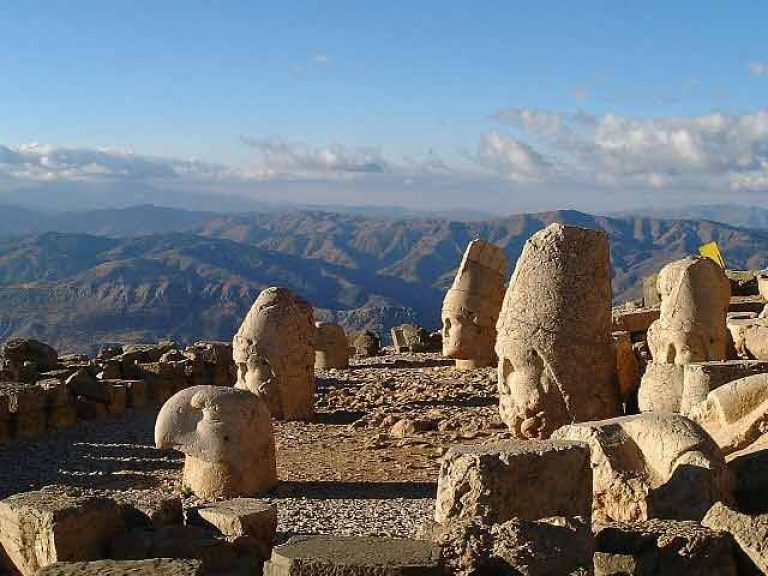 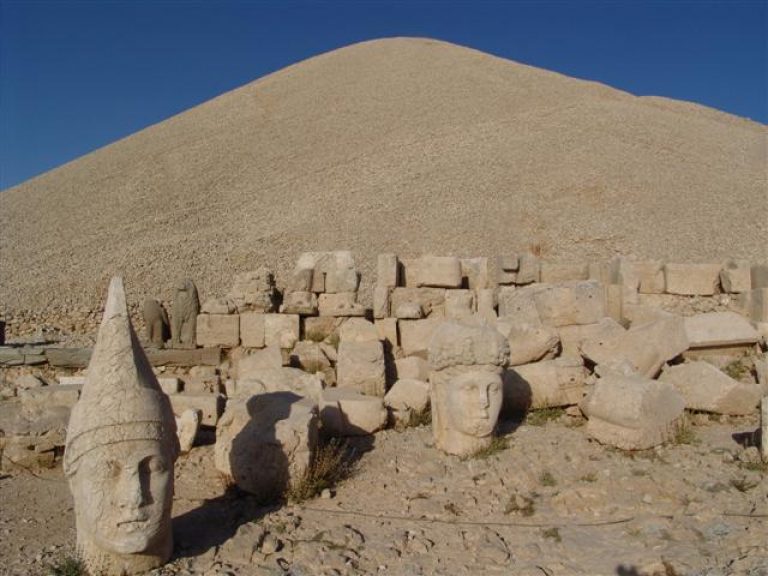 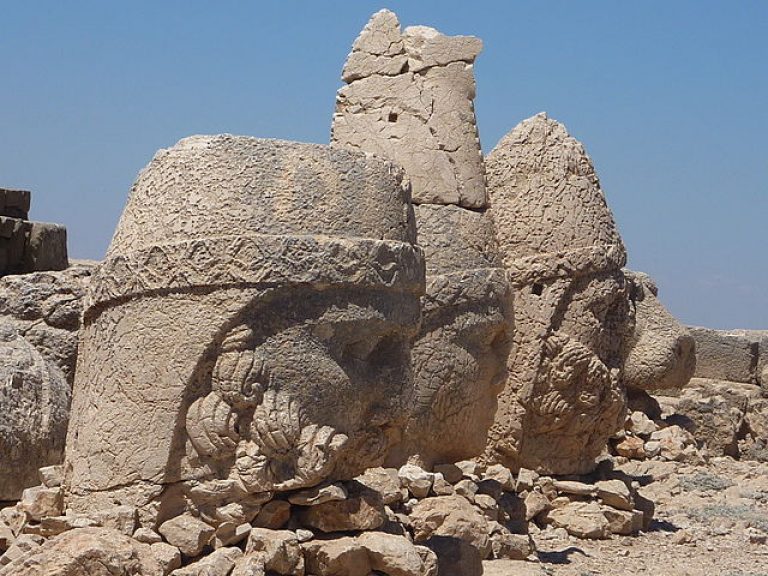