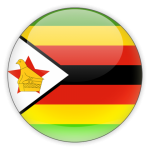 Zimbabwe is a landlocked country in southern Africa known for its dramatic landscape and diverse wildlife, much of it within parks, reserves and safari areas. On the Zambezi River, Victoria Falls make a thundering 108m drop into narrow Batoka Gorge, where there’s white-water rafting and bungee-jumping. Downstream are Matusadona and Mana Pools national parks, home to hippos, rhinos and birdlife.

The stone-carved Zimbabwe Bird is the national emblem of Zimbabwe. The famous bird carvings stood on walls and monoliths of the ancient city of Great Zimbabwe Five of the carved birds were taken to South Africa by Cecil Rhodes. Four of the statues were returned to Zimbabwe by the South Africa, while the fifth remains at Groote Schuur, Rhodes’ former home in Cape Town.

Hwange National Park is the largest game reserve in Zimbabwe. The park lies in the west, on the main road between Bulawayo and the widely noted Victoria Falls and near to Dete.

It became the royal hunting grounds to the Ndebele warrior-king Mzilikazi in the early 19 th Century and was set aside as a National Park in 1929. Hwange boasts a tremendous selection of wildlife with over 100 species of mammals and nearly 400 bird species recorded.

Great Zimbabwe is a ruined city in the south-eastern hills of Zimbabwe near Lake Mutirikwe and the town of Masvingo. It was the capital of the Kingdom of Zimbabwe during the country’s Late Iron Age.

For a long time, many Westerners argued that the amazing structures the ruins could not have been crafted in Africa without European influence or assistance. But with the help of modern dating techniques, today’s archaeologists have been able to disprove these arguments and expose the truth. Africans, and Africans alone, were responsible for building this astounding and complex city. 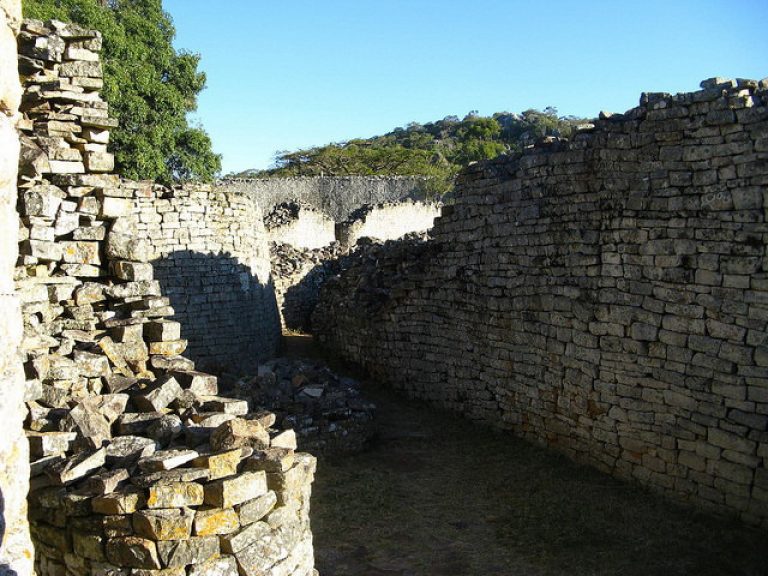 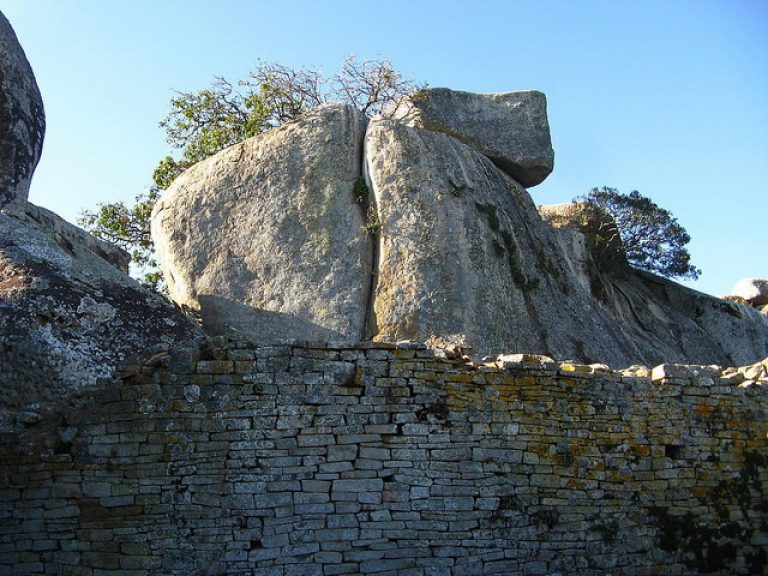 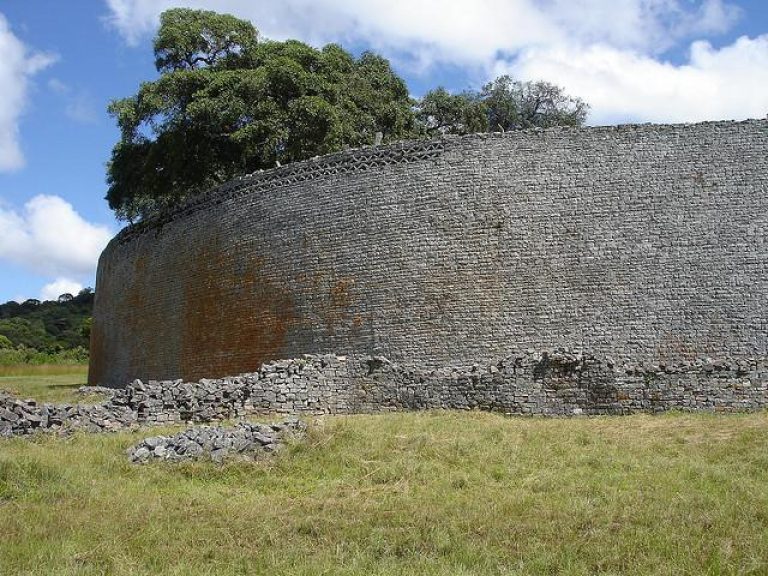 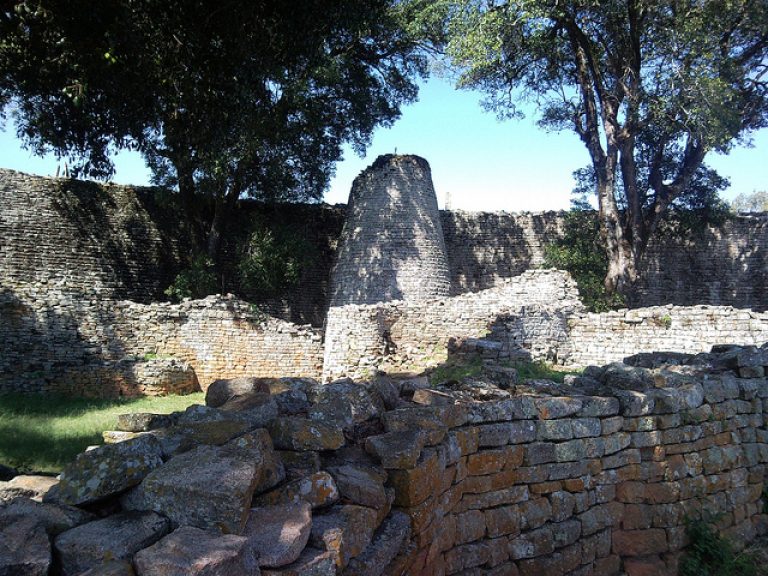 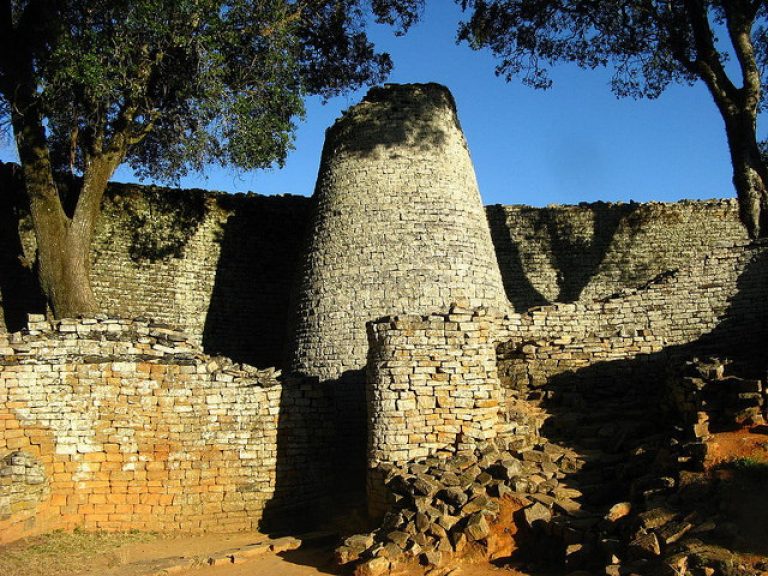 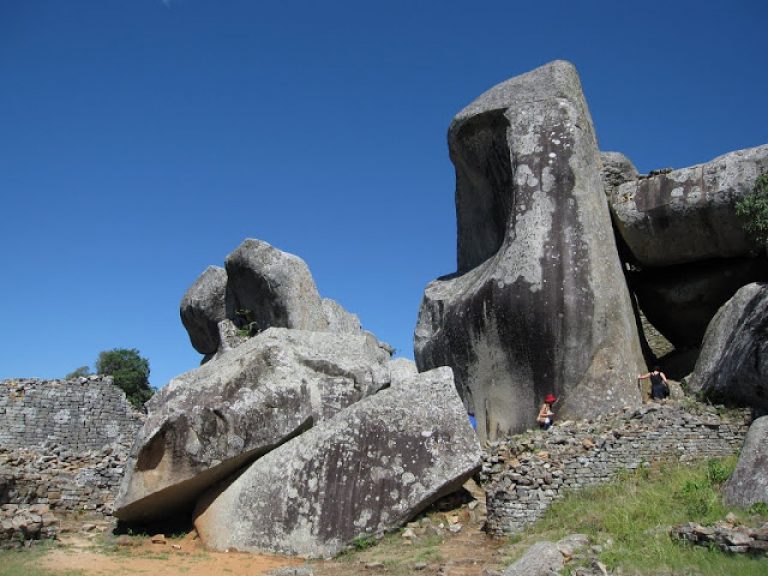 Victoria Falls, or Mosi-oa-Tunya, is a waterfall in southern Africa on the Zambezi River at the border of Zambia and Zimbabwe. The spray from the falls make the River Zambezi Rain Forest the only place that receives rainfall 24 hours a day, 7 days a week.

River Zambezi, the river that forms the Victoria Water Falls is the fourth largest African River after River Nile, River Congo and River Niger. During the months of September to December, tourists enjoy ‘toying with danger’ on the edge of the waterfalls at the naturally formed Devil’s Swimming Pool.